Chasing the Dragon - The Life of an Opiate Addict 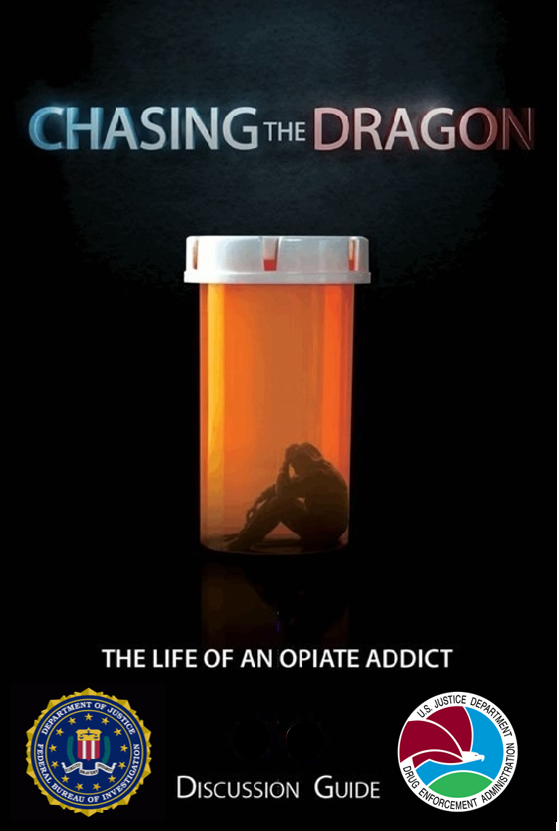 – The Life of an Opiate Addict

On behalf of our two agencies, we would like to thank you for incorporating Chasing the Dragon: The Life of an Opiate Addict into your school’s curriculum. The opioid and prescription drug abuse epidemic that is sweeping the country is a problem unlike anything we have seen before. We created this documentary to help students develop a greater understanding of this crisis to create a deeper appreciation about the dangers of opioid addiction. Our goal is to reach youth before an addiction can set in.

We have worked with educators to create a study guide to supplement the documentary. We believe the enclosed guide will help stimulate thoughtful and honest dialogue about this epidemic. Through these conversations, we hope to prevent additional students from becoming victims.

We thank you for your help in spreading this message to students, parents, and fellow educators about this horrible epidemic. If, as you begin to implement this documentary into your classrooms, you find that you need additional resources on this topic, or if you would like experts from our respective agencies to speak in your schools, please contact your local FBI or DEA field office. We stand ready to help.

This documentary gives a face to the lurking evil of opiate addiction that statistics measure to be at epidemic levels. Federal, state, and local law enforcement officers are asking educational institutions across the country to inform teenagers of the hazards of drug abuse and expose the truth about the opiate epidemic. The purpose of this film and follow-up activities is to raise awareness of drug abuse and the profound downward spiral that can be caused by opiate addiction. The film content has been provided by actual people who abused opiates or whose children abused opiates. They selflessly shared their unfiltered, impassioned, unscripted, and painful accounts to try to stop other people from taking drugs and destroying lives.

The objectives of the Discussion Guide are to:

Promote students to become proactive in the fight against drug abuse. A set of culminating activities asks students to integrate ideas by designing diagrams, writing proposals, using social media, creating art projects, and planning initiatives. Students are not watching this film, answering questions, and completing projects to pass a test; they are doing this to save lives—maybe even their own.

Chasing the Dragon – expression given to the pursuit of the original or ultimate but unattainable high, which can lead to a dangerous spiral of legal and health consequences.

Heroin – an opioid drug that is synthesized from morphine, a naturally occurring substance extracted from the seed pod of the Asian opium poppy plant. [1]

Opiates/Opioids – drugs (such as heroin) derived from compounds found in the opium poppy plant, or synthetic drugs (such as prescription painkillers) that contain substances that mimic these compounds. These terms are often used interchangeably.[2]

Oxycodone – a semi-synthetic narcotic analgesic that is a popular drug of abuse. It is synthesized from Thebaine, a constituent of the poppy plant. [3]

Tolerance – a state in which a person no longer responds to a drug and a higher dose is required to achieve the same effect. [4]

Addiction – “A chronic, relapsing disease characterized by compulsive drug seeking and use—despite serious, even devastating consequences—and by long-lasting chemical changes in the brain.” When a person is addicted to a drug, finding and using that drug becomes the most important thing—more important than family, friends, school, sports, or money. [5]

Withdrawal – the wide range of symptoms that occur after stopping or dramatically reducing opiate drugs after heavy and prolonged use. Symptoms include but are not limited to agitation, anxiety, sweating, body aches, abdominal cramps, nausea, vomiting, and diarrhea. [6]

[5] The National Institute on Drug Abuse Blog Team. (2011, September 9). Word of the Day: Addiction. Retrieved from https://teens.drugabuse.gov/blog/post/word-day-addiction on October 30, 2018

The film organizes the interviewees’ testimony along a series of central themes showing how people become addicted to opiates and the severe consequences of addiction. Students should identify these themes, listed below, during class discussion of content covered in the film. It would be helpful to list these themes on the board as reminders for further discussion.

[2] Substance Abuse and Mental Health Services Administration, The National Survey on Drug Use and Health: PowerPoint (2017), Slide 16, See figure 26 in the 2017 NSDUH Report for additional information Retrieved from: https://www.samhsa.gov/data/sites/default/files/nsduh-ppt-09-2018.pdf

[7] Substance Abuse and Mental Health Services Administration, The National Survey on Drug Use and Health: PowerPoint (2017), Slide 13, Retrieved from: https://www.samhsa.gov/data/sites/default/files/nsduh-ppt-09-2018.pdf

A list of questions is provided below to help organize the discussion in a manner that will help students discover the critical points of the film and draw conclusions they can use to develop strategies to avoid drug abuse. (It may be helpful to write the highlighted themes on the board as they are identified during discussion.)

Question 1: What did the opiate-addicted individuals in the film have in common prior to becoming addicted?

Question 2: What were the ways the people in the film got hooked on opiates?

Question 3: Many argue that using alcohol, marijuana, or other seemingly “minor” drugs acts as a gateway to stronger, more lethal drugs and addictions. In hearing the real stories of the addicted persons in this video, do you believe there is support for this claim?

Question 4: What influence did friends have on Sarah, Matt, and Cierra’s use of drugs?

Question 5: What did you learn about how fast someone can become addicted? If someone said to you, “But it’s only one pill—you can’t get addicted from just one,” how would you respond?

Question 6: How did the people in the film describe their daily routine once opiate addiction set in?

Question 7: What did Cory mean when he said he was eventually just taking opiates to “stay well”?

Question 8: Since addicted persons need more and more prescription painkillers to get high or “stay well,” what are some consequences they may face that you learned about from the film?

Question 9: What are the similarities and differences between prescription opiates and heroin?

Question 10: What were the main reasons users switched from prescription pain medicine to using heroin?

Question 11: How did people in the film describe opiate withdrawal?

Question 12: Was Cierra the only victim when she died?

Question 13: Trish said that her daughter died six days after her release from jail, where she had received treatment every day for seven months. Cory continued to abuse opiates. What do these events say about the long-term hold of opiates on persons who abuse them?

Question 14: What advice did we get from the interviewees at the end of the film?

Question 15: After watching it, why do you think the FBI and DEA are putting this film out to high school students specifically?

School administrators are encouraged to broaden their current anti-drug curricula to include activity-based learning where students can process information in a variety of formats to generate practical ideas, form decisions in advance of temptation, and raise general awareness.

The following activities can be used to integrate the lessons learned from the preceding class discussion:

Use research-based evidence to support your recommendation.

(Students can look to the Internet to find inspiration in works such as Edvard Munch’s The Scream.)

How would you convey this message to them (in person, via e-mail, phone call, text)? Draft a message or script based on the medium in which you would communicate.

This campaign/movement may include a catch phrase, meme, flyer, video, or activities aimed at establishing a culture where drugs are “not cool” and “everyone is not doing it.” Consider how social media can be used to spread your message. Nearly all people who use heroin also use at least one other drug. 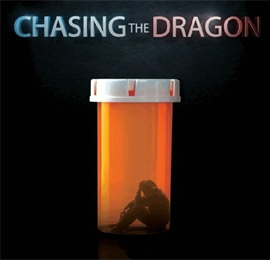 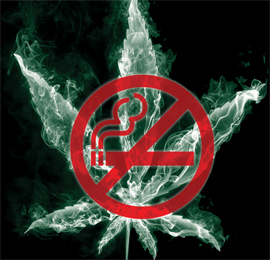 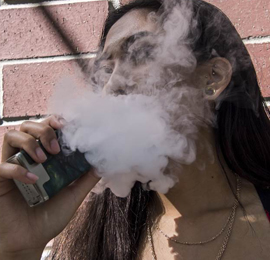